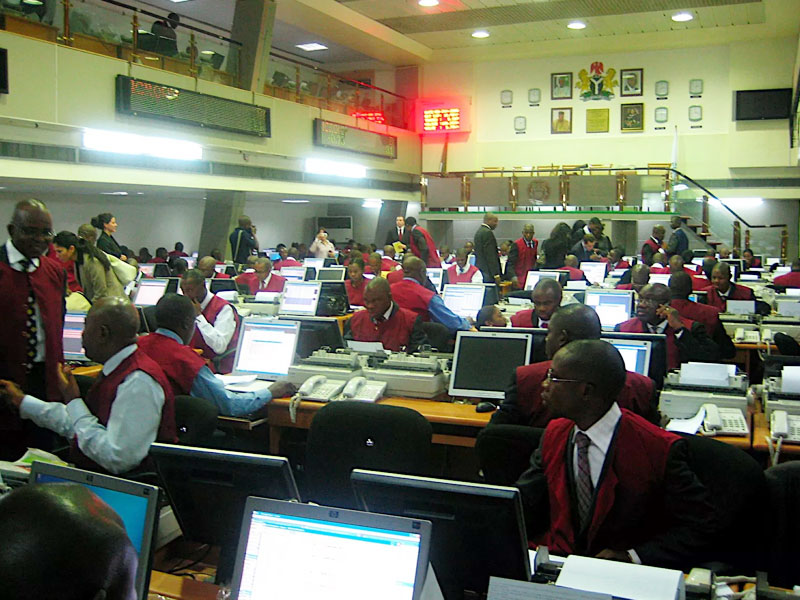 The equities market went down for two straight days yesterday following losses in some blue chip companies with investors losing N207 billion for the two days running. The market dropped further by N52 billion yesterday after declining by N155 billion on Monday as a result of profit taking activities. Specifically, the market capitalisation fell to N14.6 trillion from N14.7 trillion on Monday, representing 0.4 percent decline. The All Share Index, ASI, also depreciated by 0.4 percent to settle at 28,432.27 points from 28,533.40 points the previous day.
Breakdown of activities yesterday showed that sector performance was poor as all indices closed negative. The banking sector led the bears with a 1.1 percent loss as a result of sustained sell-offs in Zenith Bank, Guaranty Trust Bank and FBN Holdings Plc, which went down by 3.5 percent, 1.4 percent and 1.7 percent respectively. Similarly, the industrial goods went down by 0.08 percent on losses in Chemical and Allied Products (CAP) Plc that depreciated by 9.6 percent. The insurance sector went down by 0.65 percent following sell-off in NEM Insurance (-10%) and Consolidated Hallmark Insurance (5.7%) Price weakness in Dangote Sugar Plc (-9.8%) and Oando Plc (-1.4%) dragged the consumer goods and oil & gas sectors down by 0.82 percent and 0.18 percent respectively. However, the total volume of trades increased by 1.30 percent to 254.86 million units, valued at N3.04 billion and exchanged in 5,199 deals. Zenith Bank emerged the most traded stock by volume and value at 68.48 million units and N1.31 billion respectively.

Globacom Signs Deal With Eutelsat Of France For Satellite Deployment