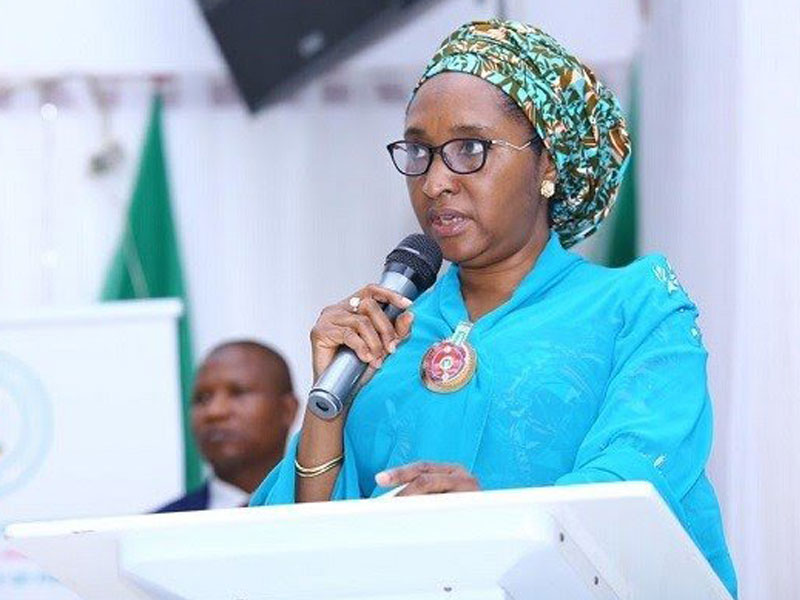 The Federal Government on Tuesday explained why it decided to approach the China-Exim Bank for a $17bn loan request.

It said other lending institutions like the World Bank and the African Development Bank were not showing much interest when Nigeria approached them during recession.

The Minister of Finance,  Zainab Ahmed,  stated this  in the Senate while defending the decision of the regime of the President,  Major General Muhammadu Buhari ( retd. ), to borrow $29.96bn loan to fund critical infrastructure across the country.

She explained that the 8th National Assembly had approved about $6bn for the Federal Government out of the $29.96bn loan, leaving a balance of $22.8bn.

Ahmed told the Senate Committee on Local and Foreign loans that the Federal Government and some state governments were jointly requesting the loans from various lending institutions.

She said 70 per cent of the loan, which is about $17bn, would come from the China-Exim Bank while others would be sourced from other lending institutions such as the Islamic Development Bank.

The minister maintained that the country had no issue with its current debt profile but noted that its dwindling revenue  could not fund the various projects that were expected to have meaningful impact on the lives of Nigerians.

She said, “The funds ($22.8bn) will be channelled to the funding of infrastructure, which will enhance the productivity of our economy.

“Other projects are in healthcare and education. It also includes projects for the rehabilitation of the North- East geopolitical zone, which has been ravaged by insurgency.

On why the  country is seeking 70 per cent of the foreign loan from China, the minister said, “it is meant to make funds available to our own development  institutions so that they can give out loans because access to finance has been difficult for the SMEs.”

On the debt profile of the country,  the minister said, “ The 2016 – 2018 external borrowing plan is both for the Federal Government and the states. So, some states would be responsible for the payment of some of the loans.”

On the sustainability of the nation’s debt portfolio, the minister said Nigeria’s current portfolio ceiling as set by the Fiscal Responsibility Act was 25 per cent of total debt to GDP.

“The debt service to revenue ratio is however high and it provides us strong justification for us to drive our revenue.

The minister said the nation’s debt level was low compared to other countries like the USA, the United Kingdom and Canada.

The Chief of Staff to the Kaduna State Governor,  Mohammed Abdullahi,  defended the state’s $305m loan request before the panel.

A representative of the Katsina State Government, Yakubu Danja, said the state planned to source $100m out of $110m  from the Islamic Development Bank.

He said the state would enjoy between 20 to 50 per cent grants and that projects to be executed would cover the entire local government areas of the state. He also said that the loan was interest-free.

Kogi State Government’s Commissioner for Finance, Budget and Planning, Mr Ashiru Idris, said the $100m that the state was requesting would be used to develop infrastructure to encourage investors and diversify the economy.