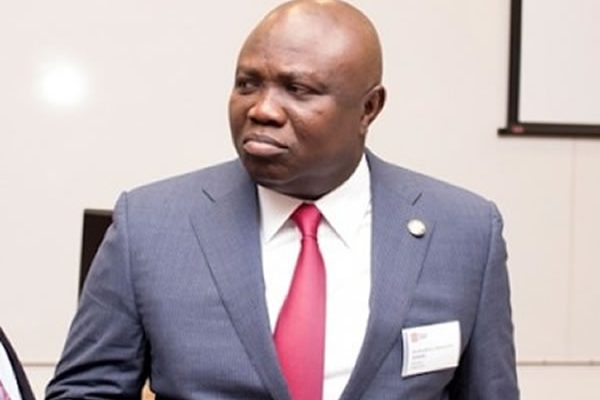 The frosty relationship between Lagos Governor, Akinwunmi Ambode, and the House of Assembly has worsened as the lawmakers, at yesterday’s plenary, threatened to impeach him over allegations of gross misconduct.

The decision was reached after a committee headed by the Deputy Speaker, Sanni Eshinlokun, submitted a report on the probe of various allegations bordering on financial misappropriation against the governor.

At the plenary, over 20 lawmakers took turns to accuse the governor of infractions and violation of the 1999 Constitution, as amended,  for spending from the 2019 budget which they say he is yet to lay before the House.

Against the backdrop of the decision of the leadership of the All Progressives Congress (APC) in Lagos, to deny Ambode a second term ticket, last year, there have been fears that there might be clandestine plot to impeach the governor.

Regardless, the Assembly constituted the Eshinlokun committee to probe the governor’s 2018 expenditure.

While submitting the report of the panel, at yesterday’s plenary, the deputy speaker said his panel found Ambode  and his deputy, Dr. Idiat Adebule, guilty of the allegations against them and, as such, should either resign or be impeached.

In his report, Eshinlokun said the Accountant General told the panel that they were given the go-ahead to spend up to 25 percent of the 2019 budget; before the approval in the new year.

He said that they would have to make a recourse to the House if they wanted to spend up to N200 million.

Eshilokun said: “Our committee pointed out to the commissioners  that the governor ought to lay the 2019 budget before December 31, 2018, but that so far, the budget is yet to be laid till date. We asked them to bring out the law that allows them to spend up to 20 percent of the budget of the preceding year. They could not bring out such law and we said what they did was wrong. We discovered that people have started receiving alerts and this has grave implication for the Executive.

“It was our finding that for the smooth running of government, there must be strict adherence to the constitution and it must not be violated. We decided to bring the report before the House, for us to take action.”

A member of Eshilokun’s committee, Gbolahan Yishawu, revealed that there were some specific expenditure in the budget that ought to have been approved by the chamber, over which funds were expended.

“We had issues of virement and monies being spent without approval. We had cases of items that were not budgeted for being carried out. It shows the executive re-write the budget at will. A breach of the constitution and gross misconduct are being committed here and the punishment is clear. We should begin an impeachment process if the executive does not retrace its steps,” Yishawu said.

Majority Leader, Sanai Agunbiade, suported the impeachment call, and added that the commissioners, whose appointments were confirmed by the House, and are working with the governor, should also face the music.

“Three suggestions we made, that the commissioners, working with the governor should have vote-of-no confidence passed on them. They have failed in their responsibilities.

“The next is for the governor to resign or we begin an impeachment process against him. We can communicate to him to reign them in or, failure to do that is for us to start collecting signatures of lawmakers so that we can be seen to have done our job.”

Speaker Mudashiru Obasa said it is important to give the governor fair hearing over the budget issue and summoned him to appear and defend his actions.

“The commisioners, who ought to have advised the governor did not do so…We must give them fair hearing; to come and explain what happened.  We want to call on the governor, to come within a week, and explain himself; along with his commissioners.

“We can start gathering signatures for impeachment. But, for now, let us exercise patience and wait till another time,” Obasa said.

A reliable source told newsmen that Adebule may also be impeached. Asked what her offence was, the source, who is a lawmaker replied: “She is an accomplice and must go.”

A prominent APC leader in the state, who declined to be named, however, said the lawmakers are only dancing to the tune of a prominent godfather; to arrive at a pre-determined goal of impeaching Ambode before the elections begin.

“The lawmakers have deliberately refused to consider the 2019 budget sent to them since last year because they don’t want the governor to continue his landmark projects that dot every part of the state. By so doing, they will set the people against him and cripple him financially. They have virtually achieved all that and now they are going for the kill; the last lap of the agenda and that is to impeach him. Unfortunately, the deputy governor has been caught in the plot”, the source added.

Another party source, who was privy to the developmen,  said Adebule is being listed for impeachment to pave the way for Obasa to have a smooth ride to become governor.

“If they succeed to impeach only Ambode, the constitution states that his deputy will automatically become governor but to avert that and pave the way for Obasa, they have chosen to impeach both the governor and his deputy,” the source added.