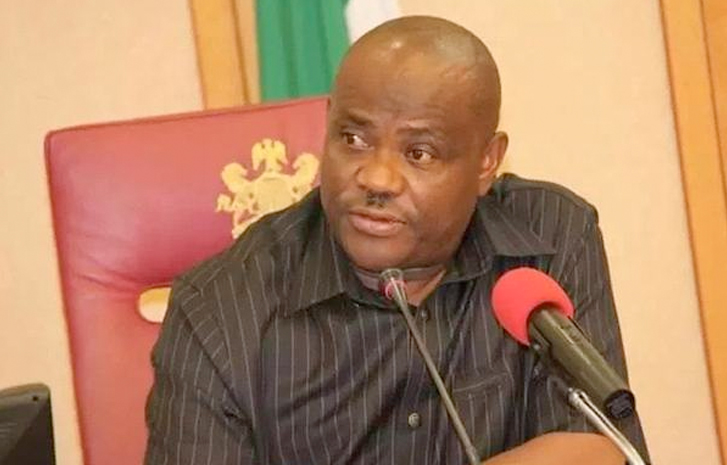 River State Governor, Nyesom Wike, has accused the All Progressives Congress (APC)-led Federal Government of putting pressure on the Independent National Electoral Commission (INEC) to prevail on vice chancellors (VCs) of universities to send APC members as ad-hoc staff for the purpose of rigging the polls.

Wike made the allegation yesterday, at a forum of Rivers State governorship candidates.

This was as the governorship candidates called on Rivers people to defend their votes during the forthcoming general election in the state.

The forum also condemned alleged threat to violence during the 2019 polls in Rivers by leaders of the APC and urged security agencies to call the opposition party leadership in the state to order.

The position of the forum was contained in a communique after its meeting in Port Harcourt, the state capital.

The meeting was attended by several governorship candidates, including governor Wike of the People’s Democratic Party (PDP).

The communique was read by the forum’s chairman, Pastor Samuel Ihunwo.

The group, also, called on INEC to conduct free, fair and credible polls in Rivers, in line with the extant laws.

The Governorship candidates also called on security agencies not to allow themselves be used by the APC-led federal government to manipulate the elections in the state.

They condemned alleged planned manipulation of the polls in Rivers by the government authorities, and called for peaceful polls in the state.

Also, the forum condemned the removal of the Chief Justice of Nigeria (CJN) by President Muhammadu Buhari, and called on the president to reverse the decision.

In his address, governor Wike accused the APC-led federal government of acting in extreme ways “just to rig Rivers elections.”

He said: “The ruling party is manipulating vice chancellors to submit the names of APC members as INEC ad-hoc staff and returning officers.

“Will the elections be credible when the list of electoral officials are manipulated at INEC headquarters in Abuja by the ruling party?”

On the crisis in Rivers APC, Wike alleged that the party is prepared to destroy the judiciary just to gain political advantage.

He said the Rivers APC crisis was generated by the impunity of the party’s leadership.

Wike further blamed the security agencies and INEC for electoral violence because, according to him, “they work to sabotage the electoral process.”

He said, while Rivers people would support violence-free polls, they will not allow the manipulation of the process.

“The security agencies are under obligation to ensure the will of Rivers people prevails.

“If INEC wants elections to be peaceful and credible, it rests on them. They should conduct polls in line with extant laws and not work for any political party,” he said.

Meanwhile, governor Wike said this year’s elections represent a contest between darkness and light, stressing that Nigerians must vote out the darkness that APC represents.

Addressing thousands of supporters during a PDP campaign rally in Bonny Island, yesterday, Wike said while PDP represents light, APC is the worst form of darkness.

“What is happening in Nigeria, now, is between dictatorship and freedom; it is better you choose freedom. The only party that can bring freedom is the PDP. APC is known for dictatorship; when Jonathan was the president, he obeyed every court order. If you want dictatorship, go to APC, and if you want freedom, come to PDP.

He urged Nigerians to end dictatorship at the federal level, by voting for PDP candidates.

The governor urged the people of Bonny Kingdom to vote for the PDP’s presidential candidate, Atiku Abubakar, for creation of employment opportunities.

He said the refusal of the Buhari’s administration to pay the counterpart fund for the construction of the Bonny-Bodo Road, is a proof that their hatred for the Niger Delta is irreversible.