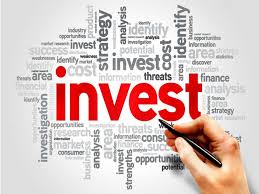 If you are seeking a place to invest, or in a position to advise a multinational company, the best place to invest at the moment is Africa. Here are a few of the many reasons; A relative young population, with half of its population under 19 years old. Over the next 20 to 30 years, it is also expected that the continent is expected to add over 500 million people. In the next decades, we are looking at an active, productive and largest labour force in the world. A fast urbanizing continent, with more than 20 millions Africans migrating from the rural areas to the urban areas.

Other factors such as technology, gross domestic products (GDP) growth, rising disposable income have opened up more opportunities. Therefore it is safe to state that Africa is the next pillar of growth putting into considerations, its population growth rate, urbanization growth rate, favorable exchange rates, natural endowment among others.

A lot of foreign investors underestimates the continent and are not aware fully about the prospects of the continent. In fact, many see Africa as too risky and there are so many barriers. This is true and one can not ignore those barriers, such as unstable power supply, unstable political climate, ease of doing business, contract enforcement, lack of soft and hard infrastructures among others. However, these barriers and risks are not as terrible as they are being depicted on the media.

So how did these companies prosper where others are giving excuses?

There must be something these companies are doing right. A micro view at their activities reviews similar patterns as stated below.

There are a few key questions you need to answer when drawing out your strategies.

If you are going into Africa to do business, you must be dedicated to longtime investment, have the determination that you are going to solve people’s needs and daily problems. You must pay attention to details such as local taste, cultural beliefs, reactions to price, income level (about 700 million people are low-income earners).

A good example is Tecno, an Asian manufacturer of mobile devices specifically for the African markets.

The vice president of Tecno, Arif Chowdhury stated that the strategy of the company was to make a product that meets the local demand, customization, and localization of its devices while focusing on each country and each distinctive demands.

When you purchase a Tecno phone, you have a smartphone with amazing features such as radio, better camera for dark skin, music players among others for the low-end income earners.

Another great example is the Multichoice–cable network. Multichoice Africa owned both DStv and GOTv. You may wonder what is the difference between the two pay Tv platforms.  While GOTv used the DVB-T2 technology, a novel digital terrestrial broadcast technology, DSTV deploys a satellite-based technology. This means in bad weather conditions, your GOTv subscriptions will not be affected.

However, there is a bigger strategy behind the two. DSTV is majorly for premium subscribers (high-end customers – high-income earners) while you have GOTV focusing on low-end earners to compete with rivals such as Star-Times.

We also have companies in the financial technology sector providing financial services using technology. Such as Alat, Fluttawave, Paga, Quickteller, Equity bank among others.

One common trait among the successful companies across different industries and countries is that they diversify their portfolios, investing across industries, markets, some as a new entrant with a better way of doing things or as a pioneer. For instance, in MTN Nigeria, we have a telecommunication’s giant pioneering the telecom industry across multiple countries at once and end up becoming a category king.

In addition, the successful companies strategically concentrate in the top economies in the continent. Economies such as South Africa, Morocco, Egypt, Nigeria, Ghana just to mention a few.

Adetunji has expertise in Business Strategy, Business Development and Chinese Investments in Africa. He writes regularly for Richtopia, Africa Business Chamber of Commerce among others.

In addition, he is a co-founder @China Link Education and AfricaCv.com