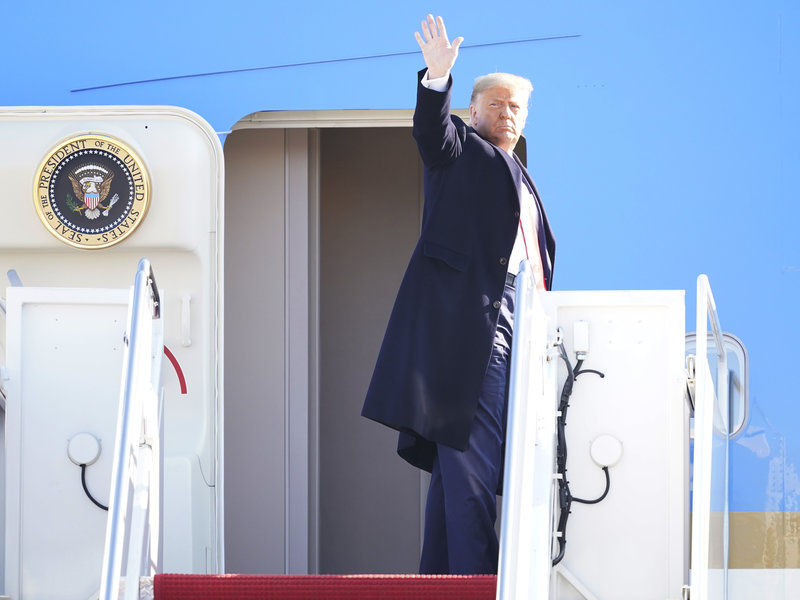 United States President Donald Trump on Tuesday said he was proud not to have started a new war.

In his farewell address, the outgoing American leader reminded all that he was the first president to have achieved such a feat in decades.

“I am especially proud to be the first president in decades who has started no new wars. We embarked on a mission to make America great again. We did what we came here to do”, Trump said.

To the incoming administration, he prayed for its success in keeping America safe and prosperous.

“We extend our best wishes and we also want them to have luck – a very important word.”

The 45th President expressed gratitude to Americans for the “extraordinary privilege”, adding that serving them was an honor beyond description.

He said together with millions of hardworking patriots, “we built the greatest political movement in the history of our country.”

Condemning the riot at the Capitol, Trump stressed that political violence is an attack on everything the people cherish and can never be tolerated.

He reiterated that his administration built the greatest economy in the history of the world, revitalized global alliances and rebuilt the U.S. military.

“America is not a timid nation of tame souls who need to be sheltered and protected from those with whom we disagree. We restored American strength at home and American leadership abroad,” he said.

Trump boasted that he took on the tough battles, the hardest fights, the most difficult choices as he led the nation.

“As I prepare to hand power over to a new administration at noon on Wednesday, I want you to know that the movement we started is only just beginning”, he emphasized.