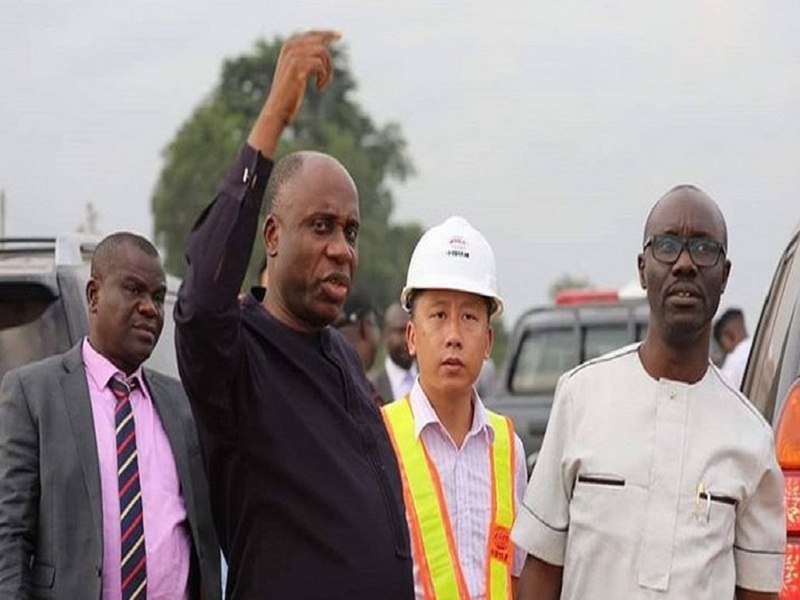 As a way of integrating the maritime sector into rail master structure, the ongoing linkage of standard gauge railway line to Apapa port will make movements of goods to and from the ports more effective and boost economic growth, the minister of Transport, Rotimi Amaechi has said.

The minister who made this known in Lagos recently during the “World Maritime Day” also said that it is a policy of government that all seaports in Nigeria must be connected by rail adding that “We have put in place a 25-year modernisation programme for the rail system. With the master plan, we have taken rail from where the past government stopped into the seaports.”

For instance, Amaechi stated that the original plan for current Lagos-Kano rail line began from Ebute Metta, but that the present administration reviewed it and extended another line from Ebute Metta to Apapa seaport. According to the minister, “With this, when you bring in your goods, you turn them to the rail that takes them to the hinterland. The one from Lagos to Calabar will link the Calabar, Port Harcourt, and Onne seaports, and so on.”

Amaechi said the deep blue sea project, which aims to secure the country’s territorial waters up to the Gulf of Guinea, would inspire greater investors’ confidence in the Nigerian maritime sector and boost the sector’s contribution to the national economy.

“With this security infrastructure, the revenues of the agencies in the maritime sector will increase and the revenue to the country will also increase,” he stated.

He noted that “Currently, maritime sector is returning less than N100 billion; whereas it should be returning above N300 billion adding that in terms of the economy, the maritime industry is contributing quite a lot”.

Also speaking at the occasion, Gbemisola Saraki, minister of state for transportation, called for more scholarship and mentorship schemes to boost female participation in the shipping sector.

Saraki, noted that the achievements of women in the maritime sector had shown that if given the opportunity, the Nigerian woman will excel.