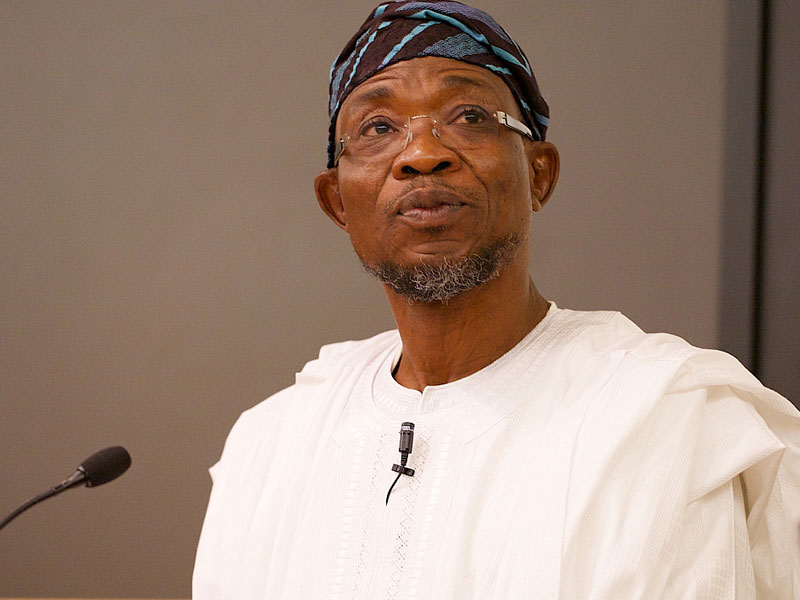 Rauf Aregbesola, former Governor of Osun State, on Tuesday held separate meetings with Adebayo Adelabu, candidate of the All Progressives Congress (APC) in the just concluded Oyo State governorship election, and Abiola Ajimobi, the outgoing Governor of the state.

As previously reported by SaharaReporters, there had been tension in the Oyo State APC since the party’s woeful performance in the February 23 national assembly election, which prompted protests from party leaders, with Bola Tinubu, National leader of the party, personally overseeing the campaigns and banning Ajimobi from rallies in a desperate bid to prevent a potential surrendering of the governorship to the Peoples Democratic Party (PDP).

Despite Tinubu’s protestations about the story, Ajimobi was a notable absentee as Adelabu continued his campaigns. And despite his best efforts, which included buying over the candidature of Adebayo Alao-Akala, PDP’s Makinde eventually won the election, polling a total of 515,621 votes against Adelabu’s 357,982.

Adelabu has so far taken the defeat in bad faith, abusing leaders of the party, blaming them for his loss in the election, and even getting involved in fisticuffs with Dayo Iyaniwura, Personal Assistant to Ajimobi, at the Governor’s Oluyole residence on Sunday.

The post-election crisis has been interesting Aregbesola; and on Tuesday, he travelled to Ibadan to meet with separately with Tegbe and Ajimobi to close ranks.

While he met with Adelabu at his house at Iyaganku, Ibadan, he met with Ajimobi at the Oyo State Government House, Agodi, Ibadan.

Sources familiar with the meeting, which was carefully kept out of the notice of the media, told SaharaReporters Aregbesola is keen on keeping Adelabu happy in the APC until 2023, believing that with his wealth, the party stands a chance of returning to power next time.

“Aregbesola told both of them that they have to manage things,” one of the sources said. “He believes that APC has to maintain Adelabu because they need someone who can finance the party, like him, and they believe Adelabu has billions to keep the party afloat as an opposition party.”

“Aregbesola believes that if Bayo can stay in the party till 2023, they can still definitely snatch the ticket from Makinde,” a second source added.

Source: Sahara Report.
Thanks for subscribing!
Place Your Ads Here