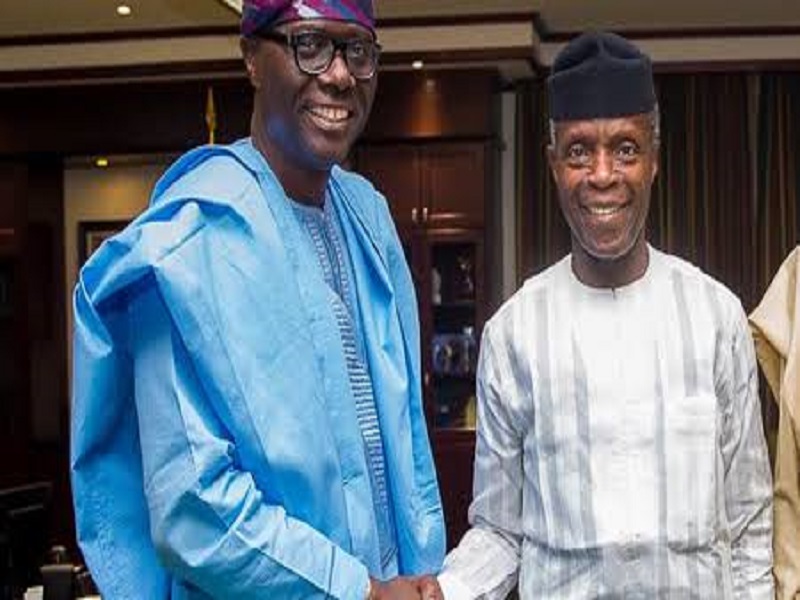 The plant was built by the diaper brand, Kimberly Clark, in furtherance of the company’s vision to provide “better care for a better world”.

The new manufacturing facility is equipped with enhanced technology and capabilities to better serve its consumers.

Other dignitaries present at the launch included the Minister of Industry, Trade and Investment, Adeniyi Adebayo; Minister of State for Finance, Budget and National Planning, Clem Agba; Minister of Women Affairs, Pauline Tallen; and a member of the House of Representative (Ikorodu constituency), Babajimi Benson.

Speaking at the inauguration, Osinbajo lauded the project as one that is strategically aligned with the present administration’s drive for domestic production and human capital development.

He said, “Kimberly-Clark West Africa has grown from just being an investor in Nigeria to a formidable partner in the actualisation of Nigeria’s economic objectives, by adding value through diversification. The company has led, commendably, important social investments, including, sponsoring the education of the Dream catchers who danced here, just a few moments ago. This factory, I trust, will only signal the beginning of greater investment in this and other sectors.”

He said, “We are excited and happy with the value to Ikorodu and its environs. We are taking up the challenge to ensure an enabling environment for investors to thrive, and bring succour to the people of Ikorodu. And so, I want to join everyone to thank and congratulate Kimberly-Clark for this great feat. As a government, we will continue to open up and continue to give opportunities to everyone.”