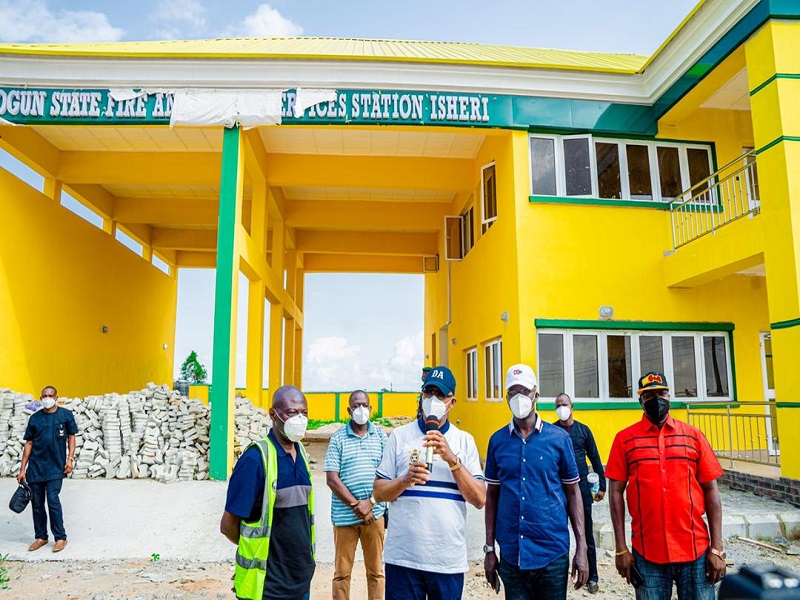 Ogun State Governor, Prince Dapo Abiodun, has disclosed that his administration would by the middle of May 2021, commission four brand new Fire and Emergency Stations in Ifo, Ado-Odo-Ota, and Isheri parts of the state.

Prince Dapo Abiodun who made this known while on an inspection tour of the Isheri Fire and Emergency Station, said that the fire station which is almost 95 to 96 per cent completed is in fufilment of his promise during the electioneering to ensure that the state does not have to rely on Lagos State to fight fire outbreak on the Ogun part of the Lagos-Ibadan expressway.