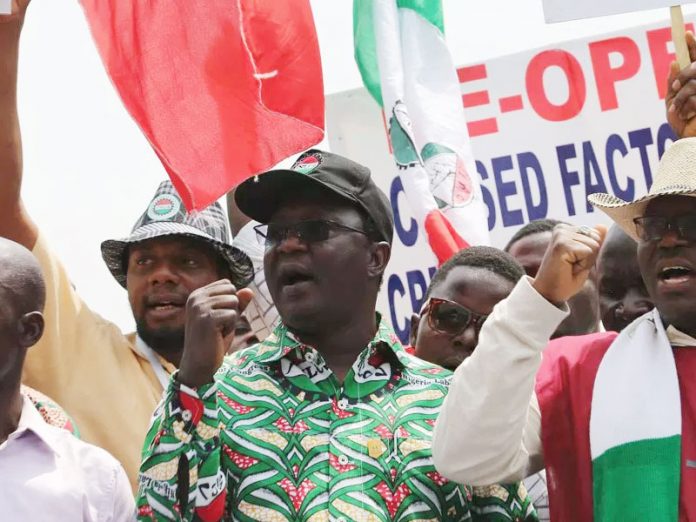 The National leadership of the Nigeria Labour Congress (NLC), Com. Ayuba Wabba, has declared that he would lead Nigerian workers to occupy Ogun State on Friday, this week, over alleged hostile policies of Governor Ibikunle Amosun towards the state work force.

The siege christened “Operation Occupy Ogun State,” Wabba added, is driven by the need to use the planned protest to prevail on Amosun to resolve all pending labour issues between Organised Labour in the state and the Ogun State Government.

The NLC leadership in a letter addressed to Governor Ibikunle Amosun, dated 20th February, titled “Re: Notice of Protest Against Anti-Worker Actions of the Ogun State Government Scheduled For 1st March, 2019,” said they would storm the state to protest the anti-worker decisions and infractions on the rights of workers by the state government.

He lamented that the Union had at different times drew the attention of the state government to its infractions with calls on Amosun- led administration to respect the collective bargaining agreement entered with workers as regards the last tranche of the Paris Club Fund.

Wabba noted that by agreement, Paris Club Fund, was meant to settle gratuity owed workers and unremitted statutory deductions due to workers and trade unions.