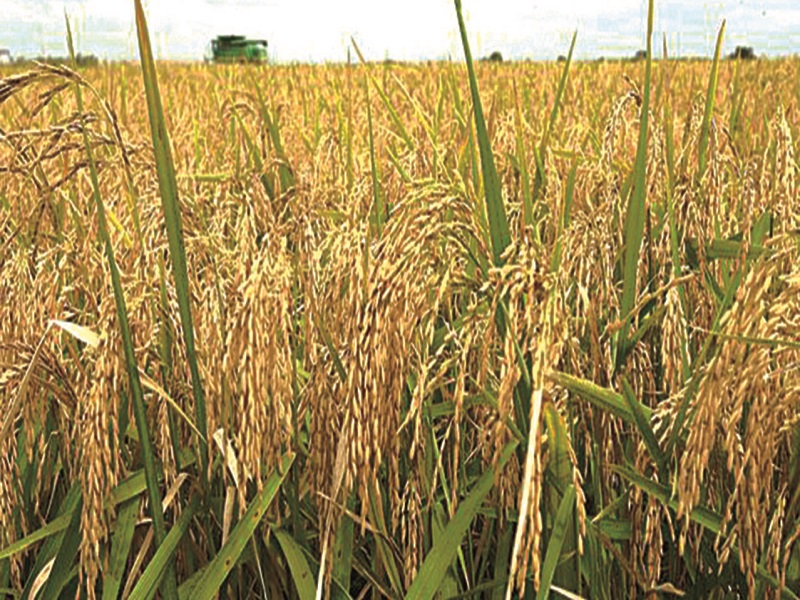 The Federal Government has launched the National Rice Development Strategy II (NRDS II, 2020-2030), with the target of improving rice production to 34 million metric tons  by 2030 and to ensure its competitiveness and sustainability.

NRDS II document is a 10-year plan which seeks to provide direction for the development of the rice sub- sector to achieve the government’s goals of self-sufficiency in rice production, food and nutrition security, employment creation and production of surplus for export.

The document, which was adopted at the 4th National Council of Agriculture (NCA) in 2021 by all the stakeholders with support from Competitive Africa Rice Platform (CARP),

Speaking at the launch in Abuja yesterday, the Minister of State for Agriculture and Rural Development, Mustapha Shehuri, said NRDS II was adopted following the successes recorded by NRD I.

Shehuri noted that the rice value chain has been identified as being strategic to achieving food and nutrition security and job creation.

The minister said its implementation began with the adoption of a value chain system as a holistic approach to transform the rice sector in Nigeria.

“For Nigeria, future output beyond 20-25 million MT of paddy per annum from current production area and with one crop per year remain uncertain except over 50 per cent of all rice farmers are able to cultivate at least two crops per year either from fully irrigated surface or from rain fed lowland with alternative water supply system.

“Therefore, rain fed lowland areas with supplementary irrigation would be increased from 450,000ha to 1.2 million ha and irrigated areas with full water control would be doubled to 1.5 million.

“To enhance the resilience of production, eight (8) climate smart varieties adapted or tolerant to floods, drought, salinity, and heat as well as pests and diseases are to be developed. Two (2) hybrid rice varieties are also expected to be developed.

On his part, the Governor of Kebbi State Atiku Bagudu said Nigeria has done well in the rice sub-sector by increasing production and mobilising private sector investment among others.

Bagudu said most farmers are now  transiting and willing to embrace agronomic practices which a while ago they were very reluctant to embrace.

He said the farmers are now willing to invest in seedling and even appreciate the value of adequacy of inputs.

Permanent Secretary of the Ministry, Dr Ernest Umakhihe, said several supporting and enabling business environments created by the Federal Government have encouraged continuous investment into the rice industry which has ranked Nigeria as the highest rice producer in Africa.

He stated that the document is meant to guide stakeholders and investors in the sector to deepen the development of the sector for achieving self-sufficiency in rice production and reduce our import bill.