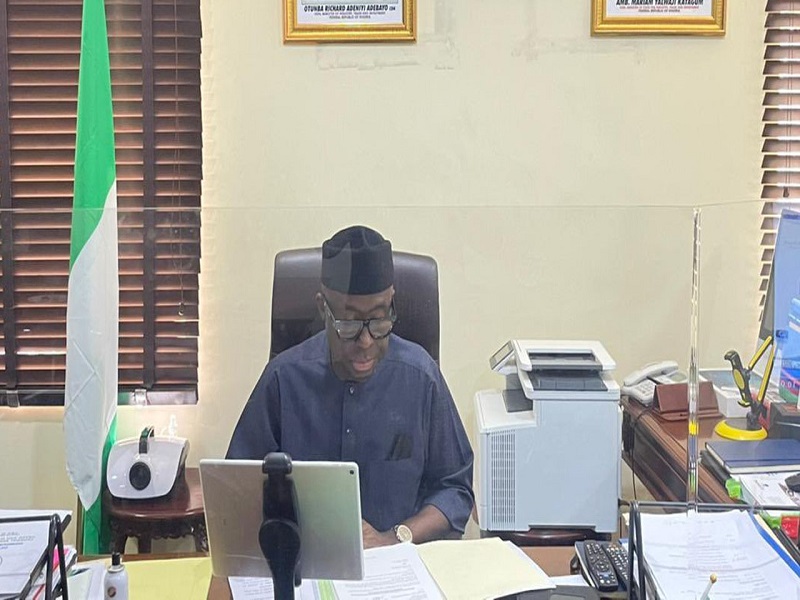 The Federal Ministry of Industry, Trade and Investment, on Monday, launched the Nigeria Trade Information Portal in fulfilment of the World Trade Organisation Trade Facilitation Agreement.

In his remark at the launching, Minister of Industry, Trade and Investment, Otunba Adeniyi Adebayo, said the NTIP was outcome of a collaboration with the United Nations Conference on Trade and Development  with support from the European Union and German Technical Cooperation.

“As you are aware, UNCTAD commenced the establishment of trade Information portals in three West African countries namely Nigeria,  Benin  and Mali as a pilot phase in 2016, with a view to assisting developing WTO member countries in complying easily with the WTO-Trade Facilitation Agreement.

“Today, it is with great satisfaction that we acknowledge the success of the collaboration between UNCTAD, GIZ, EU and the Federal Government.  Our ties have indeed become stronger over the years,” he said.

In a press release issued by the Special Assistant to the Minister on Media, Ifedayo Sayo,  the minister said  the establishment of an online information portal was step towards the enhancement of transparency,  predictability and a mechanism for trade facilitation reforms in Nigeria.

“NITP is not only a tool to enhance transparency (in accordance with Article 1of the WTO-TFA) but also to identify bottlenecks and unnecessary administrative constraints and also to drive the expected reforms for trade facilitation.

“Establishment of NITP is a major breakthrough for automation of trade procedures in Nigeria.  It is important to state that Trade Information Portals in some pioneer countries have contributed in building trust between various stakeholders,” he added.