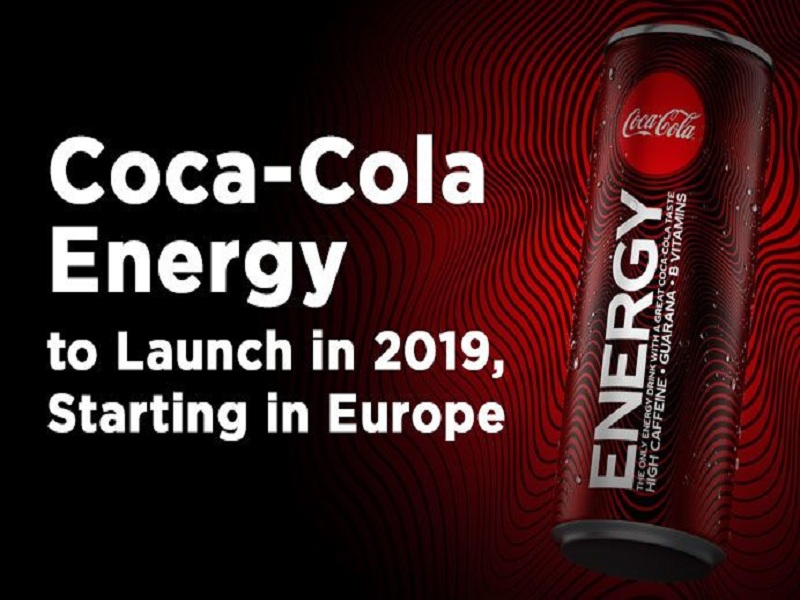 Coca-Cola Energy drink is set to make its debut in the UK in April as the soft drinks giant tries to appeal to younger demographics and diversify away from its namesake soda.

The Energy drink being rolled out will have two variants – with and without sugar.

Jon Woods, general manager of Coca-Cola Great Britain and Ireland, says: “Our strategy is to offer people a wide range of drinks to meet different lifestyles and occasions and Coca-Cola Energy is the latest example of that.

“We’re launching Coca-Cola Energy with and without sugar and we’ll continue to expand and diversify our range of products to offer British consumers a wider choice of drinks.”

The new Coke energy drink will contain caffeine, guarana extracts and B vitamins and is targeted at 18 – 35 year olds. This will draw it into direct competition with market leaders Red Bull, Lucozade, and Monster energy drink which Coke holds a 16.75% stake in and remains its largest shareholder.

Speaking on the launch, Coke’s global chief marketing officer of sparkling business, Javier Meza, said that the new drink “is in line with our work to diversify our legacy brands”. He pointed to the recent launch of products such as Coca-Cola Plus Coffee and the relaunch of Diet Coke in four new flavours.

“We are always looking for ways to expand our products and bring people the drinks they want. And, energy is one of the fastest-growing categories in our industry,” he said.

Coca-Cola Energy will be available in 250ml cans and will contain almost four times as much caffeine as ordinary Coca-Cola – 80mg per 250ml as compared to 24mg for Coke.

Meza said that the Energy drink would be rolled out to more countries, mainly in Europe through 2019 and 2020, with further announcements to follow.

Branching out into new categories is part of Coca-Cola’s efforts to cement itself as a total beverage company, with CEO James Quincey having been outspoken about the need for the company to branch into more occasions beyond its core fizzy drinks.

The energy drink market is a growing sector with consumers often willing to pay more compared to soft drinks.

According to a report by the British Soft Drinks Association, carbonated drinks saw volume sales decline of 0.2% in 2016 to 5.2 billion litres, while value sales were down 0.4% year on year to £5.8bn. The energy drinks market, by comparison, saw volume sales rise 2% to 679 million litres, up 2% year on year and giving it 5% of the soft drinks market, up from 3.8% in 2011.

However, the launch of Coca-Cola energy drink has not been without controversy. Monster Energy drink, a leading player in the global energy drinks business and one Coca-Cola partnered with in 2015 when it acquired a 16.75% stake in the company becoming its largest shareholder, disputes Coke’s interpretation of the deal. It argued that the two had originally agreed that all energy drinks would be released under the Monster brand while all non-energy drinks would be released under the Coke brand. Coca-Cola, however, says it has a different interpretation of the deal. Both companies are currently in arbitration.