This was announced in Abuja by the chairman of INEC, Professor Mahmood Yakubu around 2.45 am on Saturday, February 16, after he held an emergency meeting with security officials, election observers and other stakeholders.

He said proceeding with the election as scheduled is no longer feasible and as result of this, the election was postponed by a week. 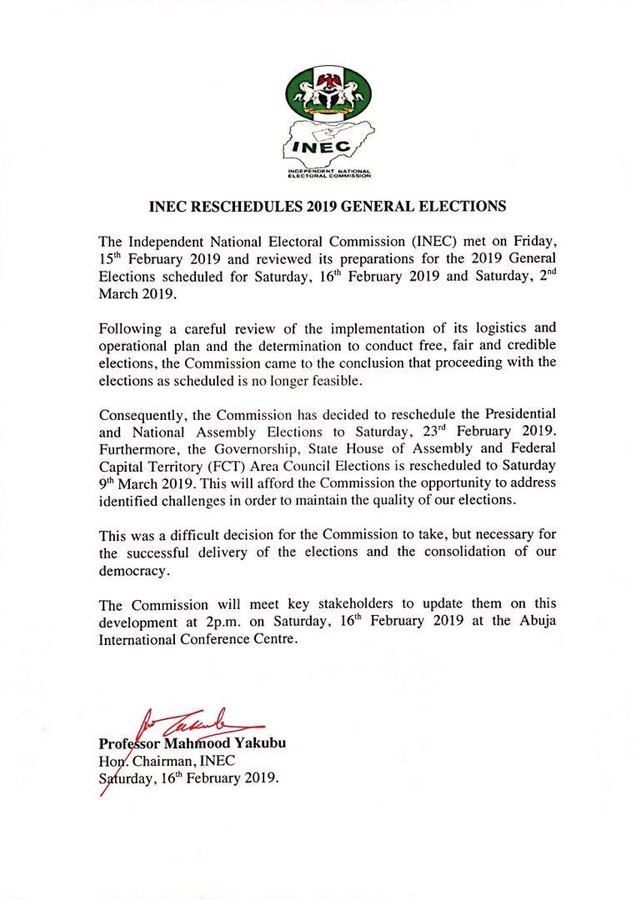 Consequently, a new date has been fixed for the presidential/National Assembly and the Governorship/States Assemblies Election. 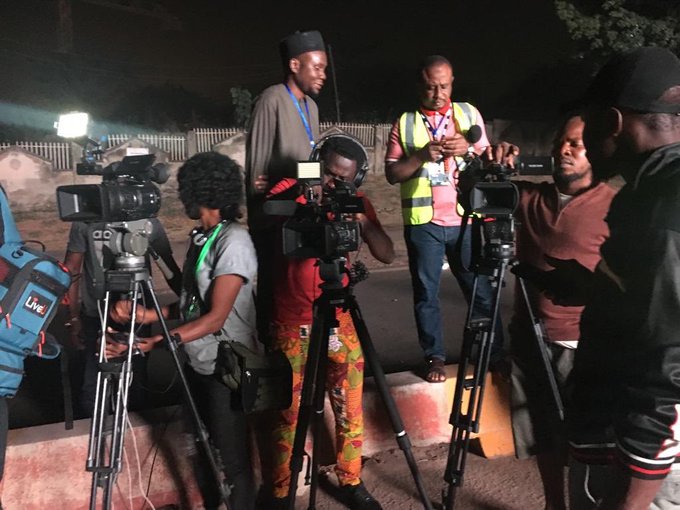 Recall that Legit.ng had reported that ahead of the presidential and national assembly elections scheduled to hold on Saturday, February 16, officials of the Independent National Electoral Commission (INEC) had an emergency meeting. 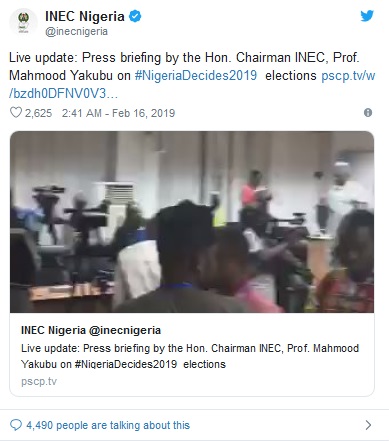 According to reports, the urgent meeting was as a result of the challenges facing the exercise as materials needed for the elections have not been distributed in some states as at 9pm on the eve of the election.

However, Rotimi Oyekanmi, chief press secretary to the chairman of the Independent National Electoral Commission (INEC), says the electoral body has taken a decision on the presidential election after the meeting ended around 1am on Saturday, February 16.

Meanwhile, Legit.ng had reported that the Independent National Electoral Commission (INEC) in Niger on Friday, February 15 said that elections for the senatorial positions of Niger east and Niger north may not hold on Saturday as the ballot papers meant for the zone were missing.

Prof. Samuel Egwu, Resident Electoral Commissioner (REC) in the state, made the declaration while interacting with newsmen in Minna.