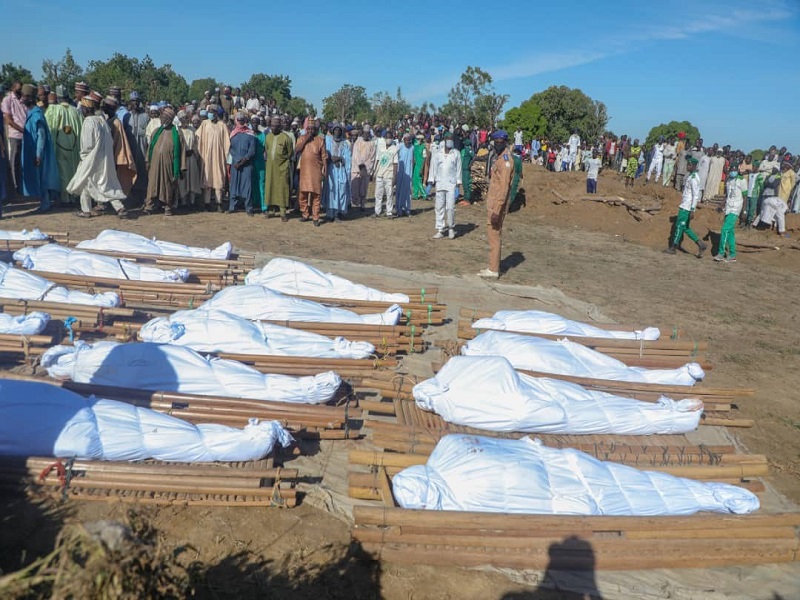 The Presidency on Monday stated that the 43 farmers that were killed by Boko Haram on Saturday did not have military clearance to be on the rice farms when the attack happened.

The Senior Special Assistant to the President on Media and Publicity, Garba Shehu, said this in an interview with the BBC on Monday.

He said while not blaming the victims for the incident, the truth must be said.

Shehu said, “The government is sad that this tragic incident has happened. 43 or thereabout of innocent farm workers, most of them had their throats slit by a heartless band of terrorists. People need to know what it is like in the Lake Chad Basin area.

“Much of those areas have been liberated from Boko Haram terrorists but there are a number of spaces that have not been cleared for the return of villagers who have been displaced. So, ideally, all of these places ought to pass the test of military clearances before farmers or settlers resume activities on those fields.”

When asked if he was not blaming the farmers for going to the area, Shehu responded, “Not exactly but the truth has to be said. Was there any clearance by the military which is in total control of those areas? Did anybody ask to resume activity? I have been told by the military leaders that they had not been so advised and certainly, therefore, it was a window that the terrorists exploited.”

The President’s spokesman said terrorists had planted land mines in several places in Borno State and nobody ought to go to these places until the military has cleared such places.

He added, “The military is not present in every inch of space in that area. Even if the people are willing to go back, a lot of those areas have been mined and mine clearance needs to be carried out and those areas must be cast as being ok for human habitation or agricultural activity.”